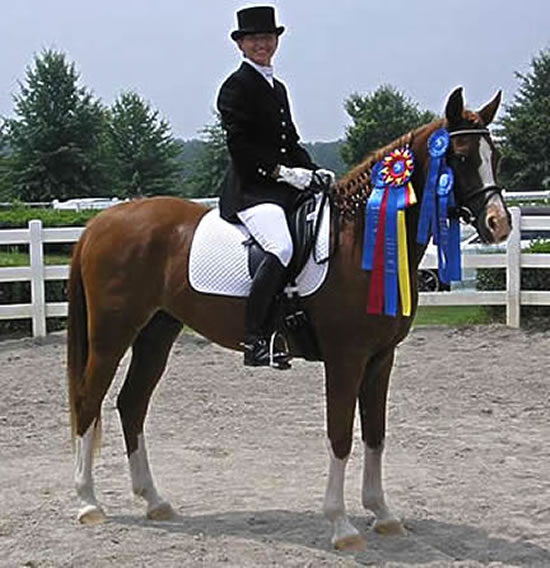 I just returned from the 2006 GAHA Summer Classic AHA / USEF show that was held at the Olympic park in Conyers (Atlanta burbs!) Georgia. Man it was HOT! Now I know why they call it Hotlanata!

We took 4 horses in total to this show, all bred by Delana Bruce of Chatuge Farms Arabian Sport Horses and they all shone bringing home ribbons and championships and wonderful memories!

But this Blog entry is only about one (the others have or will have their own entries!

Co-owners Susan Zevenbergen and Suzanne Lauda arrived at the park Friday morning expecting to see their class start around 8:30. Third class in, show starts at 8am, sounds about right! Nope! Apparently they decided to start the Sport Horse Under Saddle classes earlier than the main ring classes and they missed their class by seconds.

The show management was nice enough to find a class for them to go into without extra fees – which they then went on to win!

Kudos to the GAHA show committee for doing the “right thing”!

I showed Beau in PB SHIH Geldings later that afternoon and he scored an 87, which earned him a 3rd place in a very large 18 horse class.

Beau then captured the PB SHUS Open Championship later that evening in a tough class of 8 horses with Suzanne Lauda in the irons!

Congratulations to Beau, Susan and Suzanne for a great show!